June 2019 – Pay It Forward – The Harvest of Katzir Youth Camps

PAY IT FORWARD THE HARVEST OF KATZIR YOUTH CAMPS 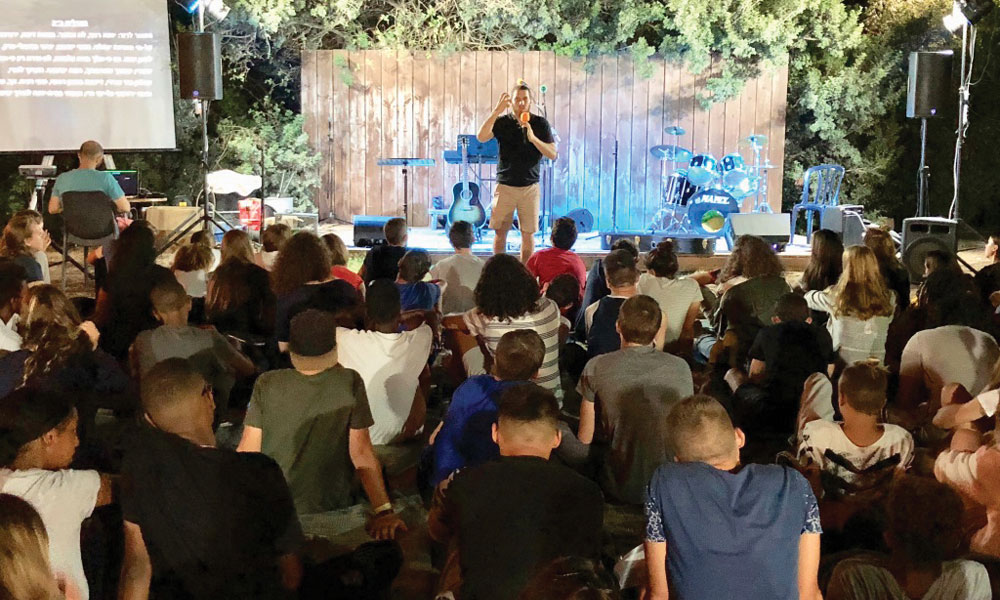 Impassioned, Yosef poured out his heart before the silent teens.  His words rushed over the stunned youth like a rapid stream over well-worn rocks.  He exhorted them to put aside every distraction and pursue God with all their souls. Yet his tone was without condemnation.  He spoke from his own struggle as a young Israeli serving in the army, questioning faith in Yeshua and living in moral compromise.

Now 30, Yosef was a regular in our early camps during his teenage years.  His intensity as he addressed the group erupted from a volcano of concern for today’s youth—often living in the bubble of social media.  Yosef carries a burden for kids who’ve grown up in a believing home.  I felt his longing to light a fire in their hearts – a burning desire to know the Lord, to walk with Him, and to make Him known.

Time stopped.  The kids blinked.  What just happened?  Yosef came to the end of his message.  When he urged them to receive prayer, to be real in turning it all over to God, they came forward. There was no requirement. No grade being given.  Each of them was compelled by the Spirit of the Lord.  I couldn’t stop looking at them – Israeli teens from 14-18 years old.  The counselors, whose own teen years were not so far in the past, wrapped their hearts around those responding. This was the crescendo to a spiritual momentum that grew during our three day Passover camp this spring, 2019. What a scene! 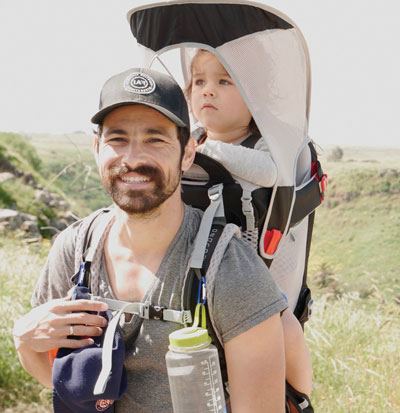 Yosef, a Youth Leader for Katzir

Years ago a movie came out called “Pay It Forward.”  In it a boy created a school project to change his town. The concept was doing something good for three people, who in turn, would do something good for three more people.  I remembered this phrase while thinking about Yosef’s message.  Fifteen years ago he had experiences with God and his life was changed in a Katzir camp. Now he is “paying it forward” by sharing his experience and by opening the words of God for the next generation. The fruit of these youth events is multiplying before our eyes.

But this effort is not just for those of us who live in Israel and speak Hebrew.  We need the help and participation of brothers and sisters around the world, who understand the drama of Israel’s rebirth.  Our physical restoration as a nation only sets the stage for spiritual restoration.  The ancient prophets were united in emphasizing this end-time restoration/revival once the Jewish nation would be replanted in our land.   They pointed to the calling of youth in this final outpouring preceding the coming of the Lord.   And Isaiah expressly anticipated the prominent role of God-lovers from all nations in Israel’s last days’ return to Messiah.

This August we will again gather with young people from some 40 congregations throughout Israel.  For a solid week there will be youth-led worship, challenging messages from God’s word, small group discussion and prayer with trained counselors, together with service projects to give something back to the needy in our society.  Won’t you join us in equipping Israel’s Messianic youth for the harvest (katzir) spoken of by the Hebrew prophets and by Yeshua Himself?  “The harvest truly is plentiful, but the laborers are few. Therefore pray to the Lord of the harvest (Adon haKatzir) to send out laborers into his harvest.” 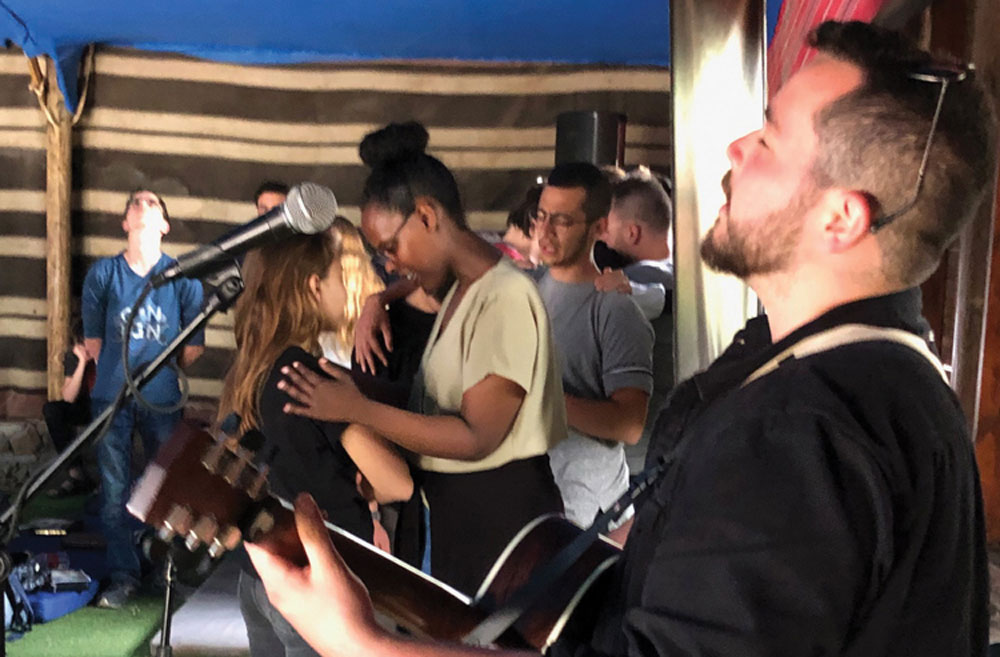 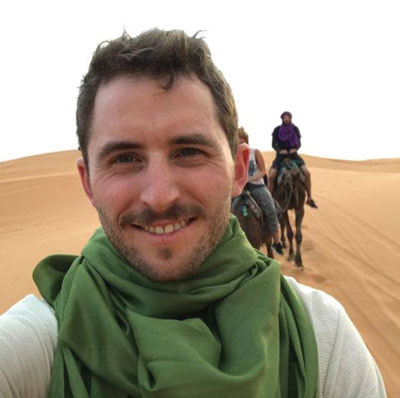 My name is Chaim. My name means life, but I was headed for death. I was raised as a pastor’s son in a rough town near Tel Aviv. Drinking, fighting and clubbing were a big part of my life as a teenager.  I was looking to fill the gap in my heart – a hole that wanted to be filled by something or some one who would accept me.

Then came the worst night of my life: I drank five different types of vodka. In that drunken state I fought with a friend and fractured my foot as I kicked a couch. But it was what happened next that changed my life forever. My best friend convinced me to come to Katzir (Harvest) youth camp. Hung over the first day, I didn’t even care what was happening.

The second day was the same – until the evening meeting. I remember not listening to the message and not singing a word during worship. But then something happened! As I was standing and the service was about to end, I suddenly felt a strange sensation. It was like love had found me and surrounded me. I had never felt such a complete love—I was in total peace.

I immediately knew it was God calling me to come to his love. At the same moment, my best friend had exactly the same experience, and he was on the other side of the room. Our eyes caught each other and we both knew 100% what was going on and what we needed to do.

So we walked to the front and gave our lives to Yeshua. We prayed, turning from our past and walked into His arms. Nothing has been the same since! Katzir truly saved my life!

(Note: Chaim is now one of the camp directors of Katzir, investing in the lives of today’s Israeli teens, paying it forward.)

I WAS FULL OF HATRED! 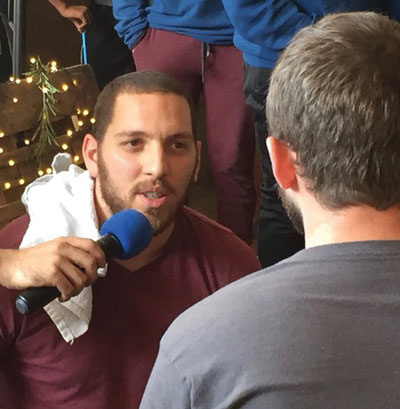 I attended my first camp when I was 17, in 2006. I was a teenager who was hungry to know God, but came from a troubled home. God used Katzir camp to help me go deeper with him and really strengthen my walk as a young believer.

The following year I was asked to serve as a small group leader at the camp. I accepted, but I was wounded in my spirit. I was 18, and my dad had walked out on our family.

He was an alcoholic and would lash out constantly at my mom and me. Actually, I was bitter, and filled with hatred towards him. I was hungry for God, but my hatred was hurting my view of God and my walk with Him.

During an evening session at the camp, I had a powerful encounter with God. That night He came and set me free from hatred, and helped me start a journey of forgiveness. It was so powerful—it is as fresh for me today as it was then. I’m not sure where I would be today if not for the journey that began that day in my heart. I was able to receive God’s heart for my father, and that changed everything.

Today I serve on the leadership team for the camps. I am forever grateful for the opportunities to touch a generation. As a leader in Katzir for many years, I learned valuable skills, and a passion to work with youth. I have seen firsthand the opportunity we have to influence teenagers and, young adult leaders who come to serve, but actually leave even more impacted, as I myself experienced.

I have seen so many teens come to the camp away from God and leave in love with him!

(Note: In a Katzir camp a young man heard Joel’s story of forgiving his father. The circumstances were nearly identical. That teen prayed with Joel, was delivered from  bitterness, and returned to his family as an instrument of love.) 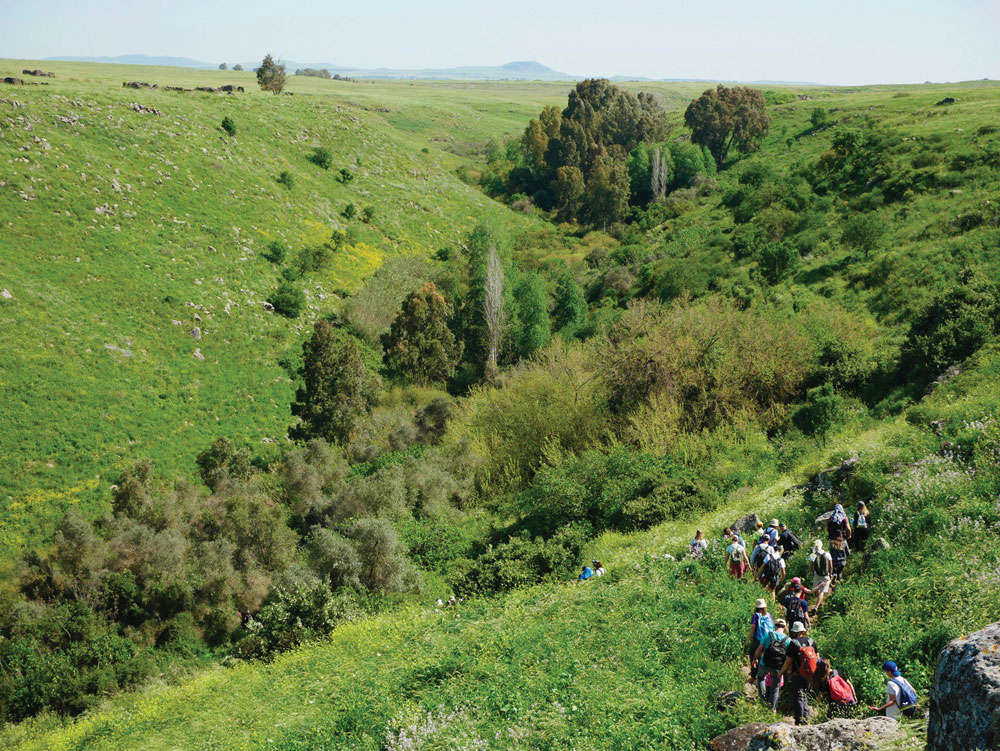 Israel is now in its 71st year. Virtually all of the earlier pioneers of the modern state of Israel have passed on. The second and third generations have now taken the reins of leadership.

Before the Six Day War, there were only a few Jewish believers already here. Right after the war, a few more of us came.

Now, a second generation of powerful, committed Messianic leaders has risen, and they realize the critical importance of reaching next generation leaders (aka teenagers!) of our Messianic movement.

These young leaders know what it is to struggle with their identity as Jews who believe in Yeshua, living among a people, who, for the most part, look at them with indifference at best, and with animosity at worst.

But today is different than yesterday. Now there are hundreds of teenagers who come from Messianic Jewish homes. At any one time there are about 500 soldiers serving in the IDF whose parents are born-again Israelis.

These youth, who have been raised in the faith since childhood, are creating a firm foundation for rapid expansion of new believers.

Thankfully, a number of second-generation Messianic Jews have a deep understanding of the necessity of ministering to the children of believers. We are confidently on our way to equipping an even more powerful generation of Messianic Jewish young people as our community grows and grows.

These teens are to be the light of the world – in Israel – the center of God’s plan!

In August, Katzir camp is preparing for approximately 90 Israeli teenagers to spend a whole week with their friends, their counselors, and most of all, with God. Together with the counselors, teachers and leaders, they will be empowering their lives for the spiritual onslaught when they return to school September 1.

The total cost for this camp is $75,000. (Remember, Israel is costly!) The teenagers will pay approximately one-third. The rest (about $500 per camper) will come from God’s people—you and us—who know that when we sow the seed, God will faithfully and joyfully bring us the harvest—the “KATZIR.”

Whether you can give the whole amount or simply be a part, your gift will count for eternity.

Because He first loved us,