· Reaching Out to Muslims and Ethnic Arab Christians

· Getting Robbed Saved This Man’s Life 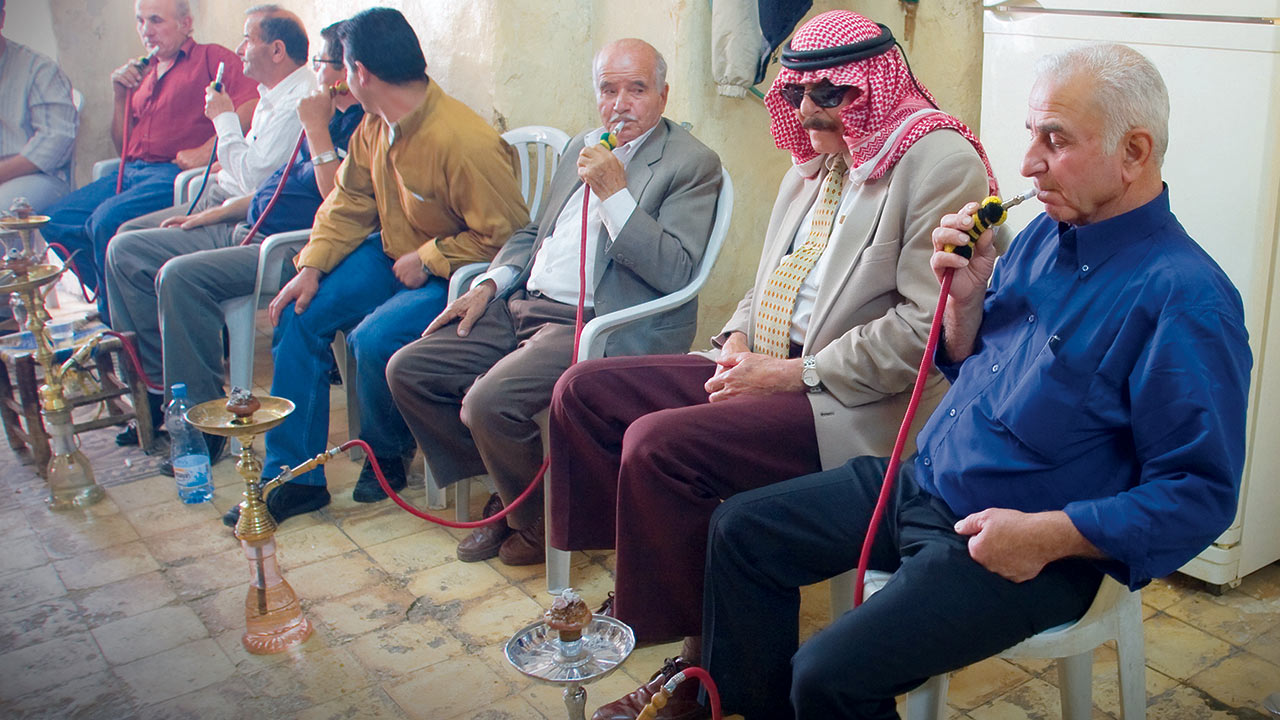 Local Arabs in a Palestinian town gather in a cafe to smoke flavored tobacco in Nargillas – affectionately referred to as hubbly-bubbly. (Shutterstock.com)

You are the one who brought these green books?” asked Mohammed, a Sheikh in one of the Arab villages east of Jerusalem. A little nervous, Rotem confirmed it was true. Rotem (not his real name), a good friend of ours and co-laborer in the work of the Gospel, had been discipling a few Arabs in the village. He had returned again and entered “the shack” where local men gather to smoke their nargillas. One of his new disciples had given the green New Testament to his father, who was a Sheikh (elder) in the Muslim community.

“My son gave this to me,” the Sheikh continued, “and I have been reading the life of Isa (Yeshua). We want to know more. Come.” The man led Rotem and his companion, Alon, into his house and spread out a feast for them and his large family.

“When I was younger, I saw a vision of Isa, and my wife saw a vision, too, before I knew her. She saw Isa dancing in the sky.” Rotem and Alon told the whole story of Yeshuaʼs life and even acted out parts of the story. In the end, Rotem asked the Sheikh, “Would you like to pray?” The Sheikh agreed, and they prayed together. Suddenly the man jumped up and declared, “I feel like a huge weight has been lifted off me! You said Isa does miracles. I have pain in my knee, can you pray?”

They prayed, and the pain left instantly. Then Rotem and Alon prayed for two other ailments that were instantly healed. While all this was going on, Rotem noticed a bearded man in traditional Arab garb at the table. “Hamas,” someone whispered. The man, they explained, was a radical Muslim who searched out nominal Muslims and radicalized them.

Seeing what had just happened, the bearded man walked up and sat next to Rotem. “When I was 19 years old,” he began, “something came in me. Ever since then I walk around angry and filled with rage and have nightmares. I believe you two can help me.” It wasnʼt what Rotem expected to hear from the man, but he figured heʼd better be able to “help.”

They prayed for him in Yeshuaʼs name, and the man suddenly turned to them. He jumped up with the biggest smile and said, “I felt the thing that has been holding my heart let go and go out of my head!” He then grabbed Rotem and Alon and began to dance. Enjoying the celebratory mood, one of the men in the shack turned on a little boom box in the corner and they began to dance in a circle to Middle Eastern rhythms.

The sight was so incredible that Rotem thought to himself, “Iʼm so glad Alon is here with me, or no one would believe me if I described what’s happening.”

“Who here would like to receive Yeshua as their Lord?” Rotem asked. Five men instantly raised their hands including the Sheikh and the Hamas member. Rotem warned them, “You know you will be called mabashar (missionary) now.” They smiled, prayed and danced some more. Several other men chimed in, “We are interested, but we want to know more first.”

This testimony of the Hamas member struck me because, while the world runs around trying to deliver food and money to the Arab community, the real issue that should be addressed is that these people are being tormented by evil spirits and used as pawns in the greater war of the devil against God’s promises. 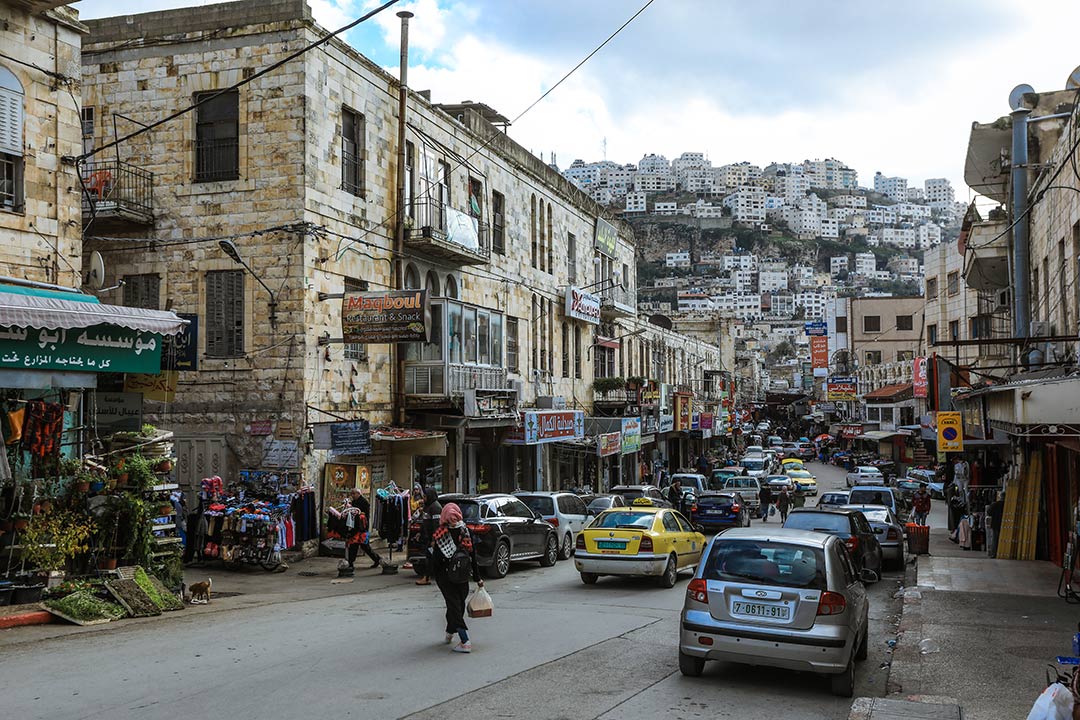 Delivering Arabs from Their Oppressor

Secular people who have been involved in thwarting terrorist attacks have testified, “Looking into their eyes was like looking at the devil himself.” The outcry of Christians who love Arabs should be, “God, deliver the Arab people from their occupier and tormentor, the devil.” This man wanted to be free, but his desire was as attainable as a paralyzed manʼs attempt to get a pile of scorpions off his back. Only God could rescue him!

So what is this? Salvation among the Arabs? What does this have to do with Jews?

Some people think Paul got sick of the Jews rejecting Yeshua and left them for the Gentiles. But in reality, Paul was led to change his tactics.

In Romans 9-11, he writes of his continued burden for the salvation of Israel, and notes, “I am saying all this especially for you Gentiles. God has appointed me as the apostle to the Gentiles. I stress this, for I want somehow to make the people of Israel jealous of what you Gentiles have, so I might save some of them.” (Romans 11:13-14)

This certainly does not mean the salvation of “non-Jews” is any less precious to the heart of God than Jews. Just as Jewish believers are glad to have the Messiah come from their midst for the salvation of the world, so Gentile believers should rejoice that their union with God will stimulate the return of Israel to God.

It is a shame that some Christians come over here to Israel and “side” with Arabs against Jews as they offer Arabs the Gospel. Ironically, their adamant support is in fact not siding with the Arab people; it is siding with Islam – the greatest source of Arab oppression worldwide.

And so, as God said He would save the Gentiles to make the Jews jealous of the Gentiles’ relationship with the God of Israel – there are in fact, no better Gentiles for the job than the Arab people!

Other articles in the November Maoz Israel Report:

· Reaching Out to Muslims and Ethnic Arab Christians

· Getting Robbed Saved This Man’s Life