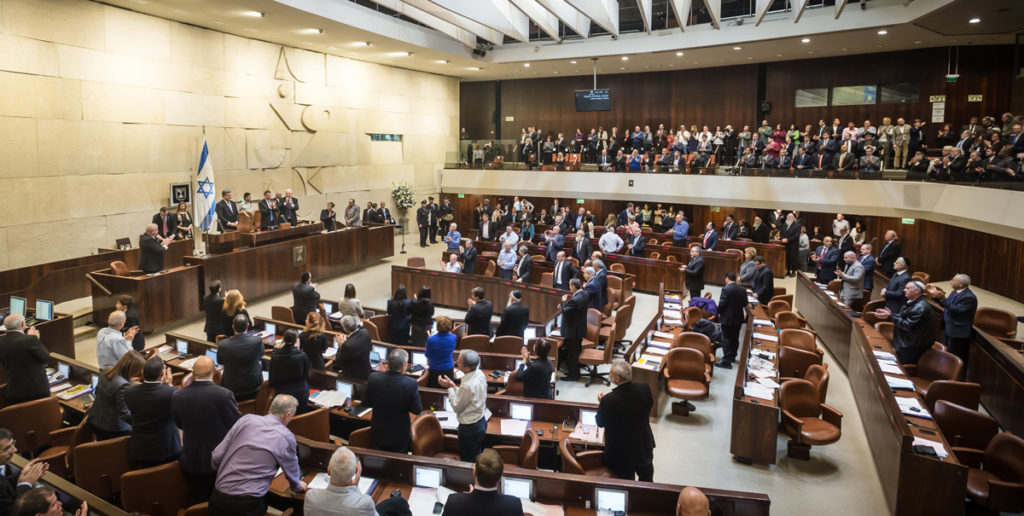 Many Knesset members would be more tolerant of Messianic Jews if it were not for the ultra-Orthodox who often threaten to leave the government—when their authority over all things religious is challenged. This would cause the coalition to fall. Arieh Deri of Shas party is the primary political opponent of Israel’s Messianic Jews.
PHOTO: PALINCHAK/DREAMSTIME

This is the most positive article I’ve ever seen in the Israeli mainstream press about Messianic Jews. It appeared in the Jerusalem Post February 2, 2018.—Shira Sorko-Ram

No president in the history of the United States has given as much power and influence to Evangelical Christians than President Donald Trump. The once decadent playboy from New York has steadily appointed self-described devout Christians, such as Mike Pence, Nikki Haley and Mike Pompeo, to the most influential positions in the US government, almost – some would say – to the complete exclusion of non-Evangelicals.

Many people struggle to understand the relationship between these strange bedfellows. It has not been revealed that the president has undergone some sort of personal religious conversion over the past few years. It is more likely that Trump simply recognizes that these hard-core conservative Christians were some of the only serious leaders who refused to join the “Never Trump” movement within the Republican establishment during the elections. In other words, he may not have had a choice, forced to choose from the only qualified candidates left standing in his pool of potential appointees.

The effect of Evangelical Christians on President Trump’s Middle East policy cannot be overstated. It is clearly evident that his declaration to recognize Jerusalem as Israel’s capital was not due to pressure from American Jewish community or even Israel’s Foreign Ministry. This bold step to break with a 50-year-old status quo is due to one reality alone: the president’s desire to make good on his campaign promise to the crowd of his most staunch supporters.

The support of the Evangelical Christian community has always been helpful to Israel. During the intifada years, when tourism was at its lowest, the Evangelical tour buses kept Israel’s tourism economy alive. They have literally donated billions of dollars over the past decade to social and humanitarian projects, through organizations such as the International Christian Embassy and the International Fellowship of Christians and Jews. There is no question that the socioeconomic resilience of the State of Israel would be quite weaker without its faithful Christian friends.

It is important to recognize that with the new power enjoyed by Evangelicals on Capitol Hill, they are no longer just helpful for Israel’s economic prosperity. They are essential for its security. From UN ambassador Haley’s insistence on treating Israel with equanimity at the UN, including her willingness to use her veto powers at the Security Council, to Secretary of State Rex Tillerson’s vigilance in scrutinizing the implementation of the Iran nuclear agreement, Israel is very fortunate its Christian friends are fulfilling such positions today.

Not surprisingly, the strongest allies and best friends of Evangelical Christians in Israel are Israel’s Messianic Jews – Jews who, contrary to popular opinion, insist that one can believe in Jesus and still remain Jewish. In fact, these two communities are virtually inseparable. It would be quite challenging to find any significant business or NGO in Israel that is funded by Christians, which does not have local Messianic Jews in its executive leadership. This would include Christian television networks such as TBN, CBN and GodTV, which broadcast content from Israel every day to billions of viewers worldwide. Go to any large gathering of Evangelical tourists in Israel, and you are likely to find Israeli Messianic Jews both on stage and in the crowd.

It is interesting to note that even in the White House, Messianic Jews have made their way into President Trump’s inner circle along with their Evangelical friends. The president’s personal lawyer and trusted confidant, Jay Sekulow, is a Messianic Jew who became famous in Evangelical circles for defending the freedom of ex- pression of Jews for Jesus before the Supreme Court of the United States.

It would behoove the Israeli government to recognize that the small Messianic Jewish community in Israel, which apparently numbers less than 20,000 people, has become, since the election of Donald Trump, disproportionately influential and important to Israel’s security and diplomatic stand ing. Unfortunately, it appears that neither Prime Minister Benjamin Netanyahu, nor anyone in his Cabinet, fully understands this new reality.

Indeed, the Interior Ministry still seems to take pride in preventing Messianic Jews from immigrating to Israel. In the recent well known case of Rebecca Floer, a Jewish daughter of Holocaust survivors was prevented from immigrating under the Law of Return because the ministry claimed it had reason to believe she was affiliated with the Messianic Jewish community.

In view of the deep relationship between Evangelical Christians and the Messianic community, perhaps the government of Israel should start viewing Messianic Jews as diplomatic assets rather than a religious threat.

When any descendant of Jews submits an immigration request to the Interior Ministry today, assuming that they have provided the basic documents required, including proof of their Jewish heritage, their file is immediately transferred to the Aliya Department of the Jewish Agency. The Jewish Agency then proceeds to carry out an in-depth background search, including investigating the applicant’s Google profile up to its 200th page, and if any connection is found between them and Messianic Judaism or Christianity, their aliya request is summarily denied. This practice has already been noted and critiqued by the annual Freedom of Re- ligion Report of the US State Department. The question is if this procedure is really necessary. Apparently, it is not implemented against any other Jewish immigrants including those who may adhere to Reform Judaism, Atheism, Buddhism, Scientology or Hinduism.

I believe that by embracing the Evangelical community on one hand, and stabbing their Messianic Jewish friends in the back with the other, the Israeli government is playing with fire. Will the discriminatory practice of Israel toward Messianic Jews ever harm its relationship with the Evangelical Christians? Perhaps not, but do we really want to take that chance?

The author is Director General of Rav Tikshoret. He was formerly a journalist for Yediot Aharonot and a spokesman of the Labor Party.

Reprinted by permission from the Jerusalem Post. The name “Mike Pompeo” was added to update the article. 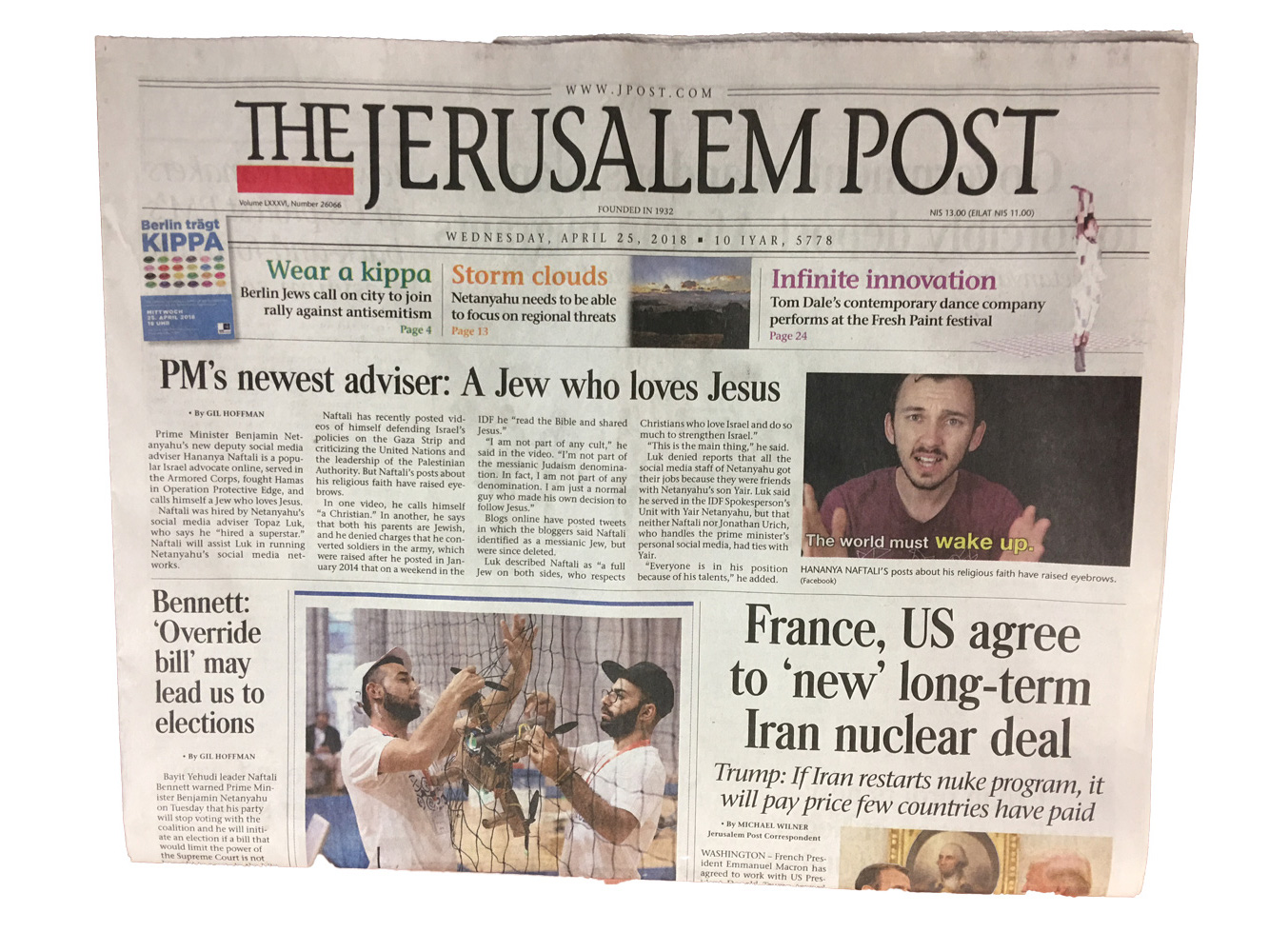 There is a new wind of change blowing in Israel for the Messianic Jewish community. As the second generation of Messianic Jews has come of age, you will find Jewish believers in many different professions and positions of influence in Israel.

In some cases, these believers are working in situations where at first their bosses and coworkers are unaware of their faith. Almost always, the news gets out, and most of the time their colleagues and friends are favorable and curious.

Other believers are waiting for God to open opportunities in their workplaces. Some are employed where a number of people do know they are Messianics, and still others work where everybody knows of their faith.

Climbing the ladder often began in the army, where officers noted that Messianic Jews were faithful, honest and hard-working soldiers. The military gave them opportunity to rise in the ranks. After finishing the army, these believers spread throughout the fabric of the nation—studying in universities or taking career courses, and then moving into solid jobs.

Lawyers, accountants, entrepreneurs, scientists, producers and script writers in public Israeli TV, singers on talent shows, and journalists are a few. And of course, some move into full-time ministry here in Israel.

Officials in government are seeking us out, along with other believers. Only the ultra-Orthodox are working overtime to harass and oppose Messianic Jews. The Minister of Interior, Arieh Deri, works especially hard to keep Messianic Jews around the world from immigrating to Israel.

Yet the Messianic Jewish community is gaining momentum and increasing in numbers and with boldness from Dan to Beersheva, and beyond. Messianic websites, music videos, Facebook, Twitter and Instagram are all attracting viewers, followers, and likes by the thousands and even hundreds of thousands.

REACHING OUR GOAL TO EXPAND THE TENT! 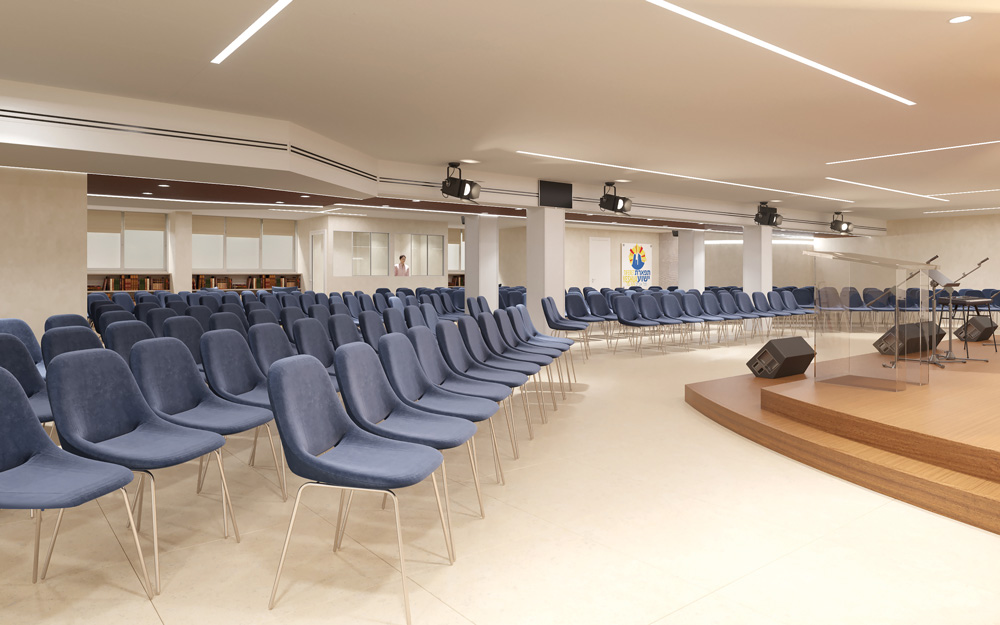 For many believers, congregation Tiferet Yeshua in Tel Aviv is home. And like all homes, over time there is the need for renovation and expansion—that is, if the family is growing—and the family at Tiferet Yeshua has definitely been growing.

By Gil and Tamar Afriat

Over a year ago, after prayerfully seeking the Lord for direction, we decided to go ahead with a project to renovate and expand our meeting hall and equip us with the latest sound and video technology for livestream broadcasts. God is faithful, and we have almost reached our complete goal of $300,000! (£221,400, €250,900, CAD 386,500.)We have been in a several month’s process of working closely with a gifted architect and other professionals in order to have a complete renovation plan in place for when the funds come in. 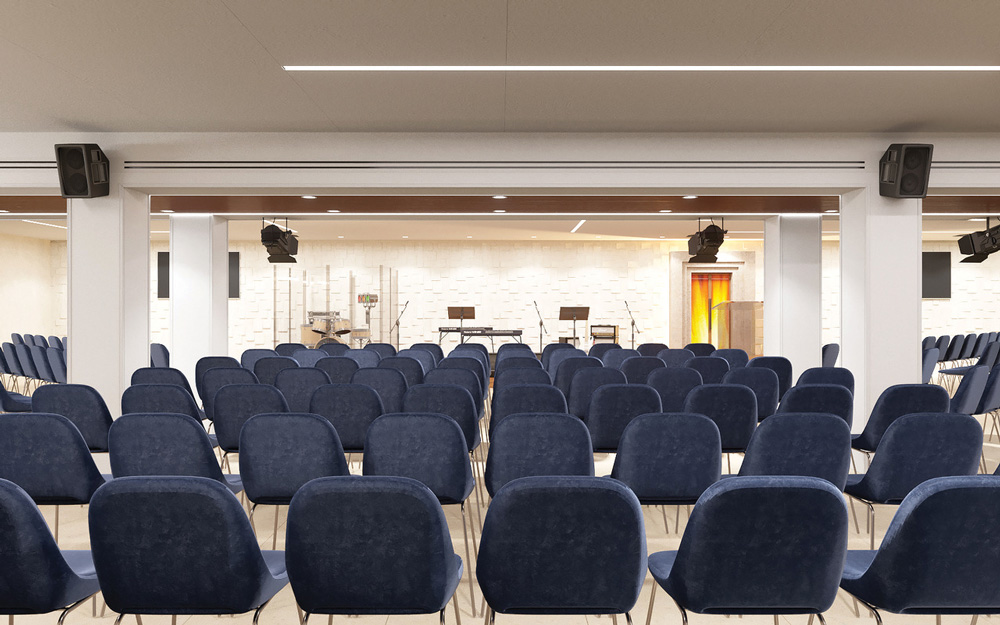 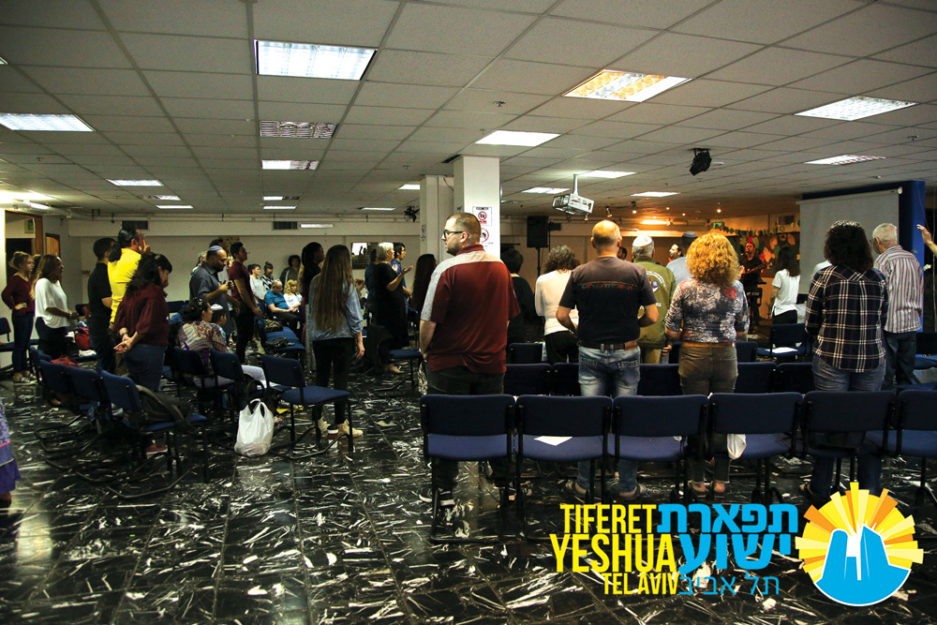 Symphonies Above THE SAPPHIRE SKIES 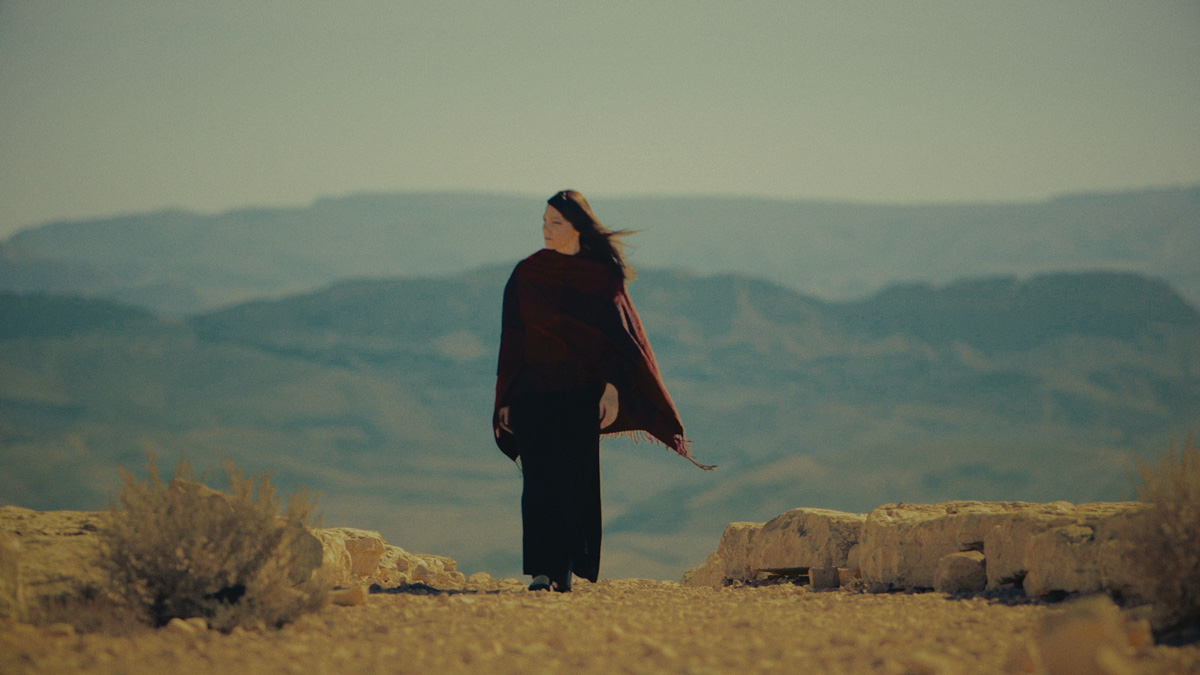 It was the winter of 1998, and I had just finished my college classes for the day. My music professor had given us a homework assignment to write a song.

As I remember it, it had been a particularly amazing week of classes. I had this one professor who had an uncanny way of describing the Kingdom of God and the spiritual world where angels and other beings—and God Himself—existed in full form. The professor had spent days going on and on about different visions from Bible prophets, describing them as if he had peeked in on the original events and was just coming out to tell us about it.

Class would end, and my friends and I would just sit there looking at each other, sensing the awe of God.

My heart still full, I came home and sat down at the piano. Once I began playing the chords, the song wrote itself. I could barely jot the words down fast enough to capture the lyrics that spilled out. When I finished I looked down to read what I had actually written. It read as if I had been given my own opportunity to take a peek.

I played my song for that music class. I’ve played it countless times since. Now I share it with you—recorded in Jerusalem a few weeks ago.

Enjoy some of the most stunning shots of Israel’s desert land. This is the very land where Jacob wrestled with God, where David and his men hid from King Saul, and where Yeshua overcame the tempter. 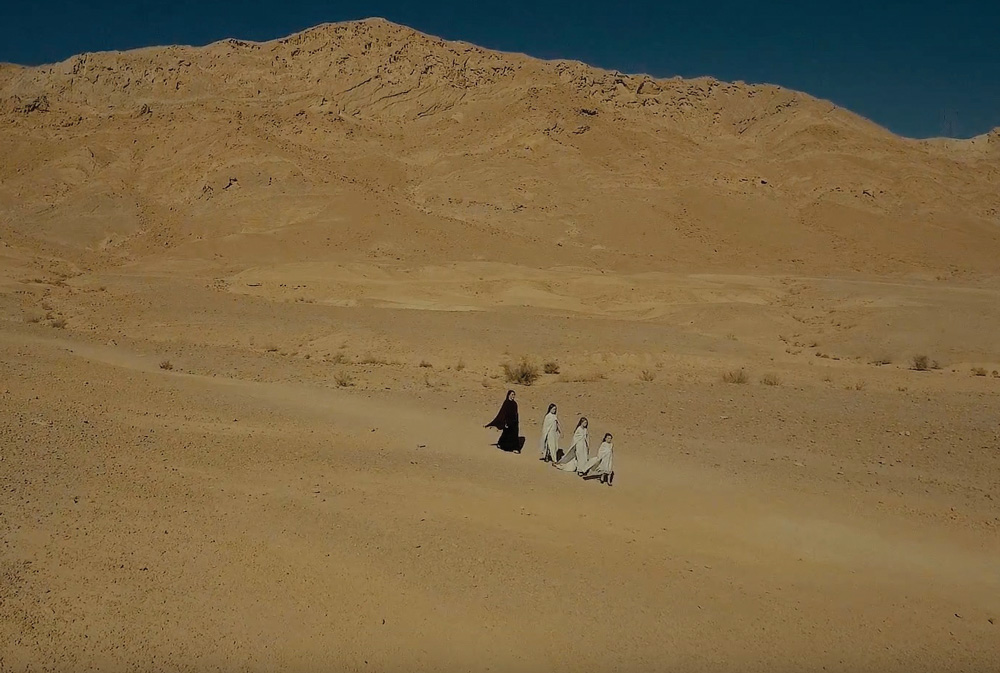 So much of this barren land remains just as it was thousands of years ago. With so little to distract, it’s hard not to notice the beauty of the Sapphire Skies.

Israeli-born Shani Sorko-Ram Ferguson and her husband Kobi are the founders of Yeshua Israel ministries and the Israel Worship Initiative. Their Jerusalem studio is used by musicians from across the country and around the world to record worship music. 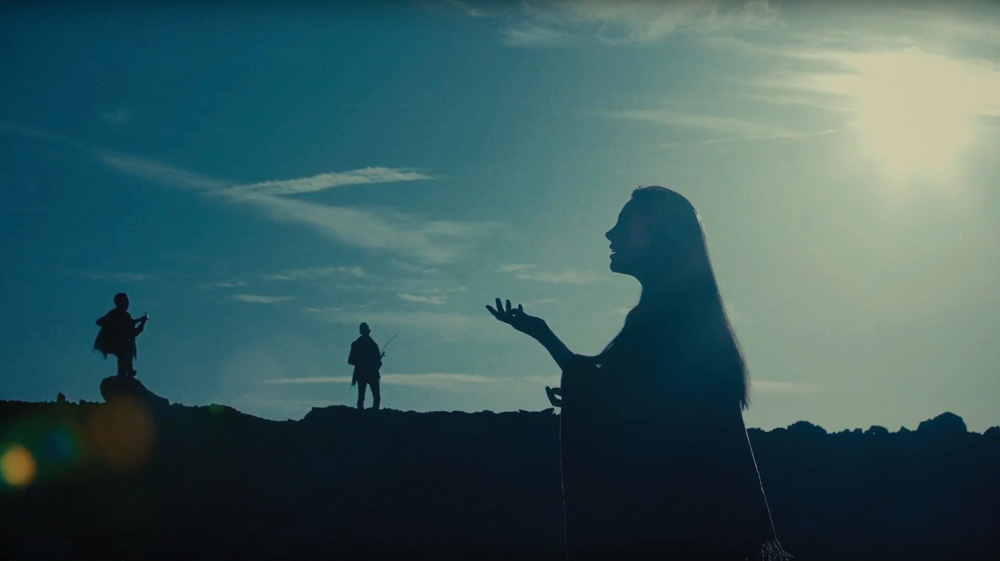 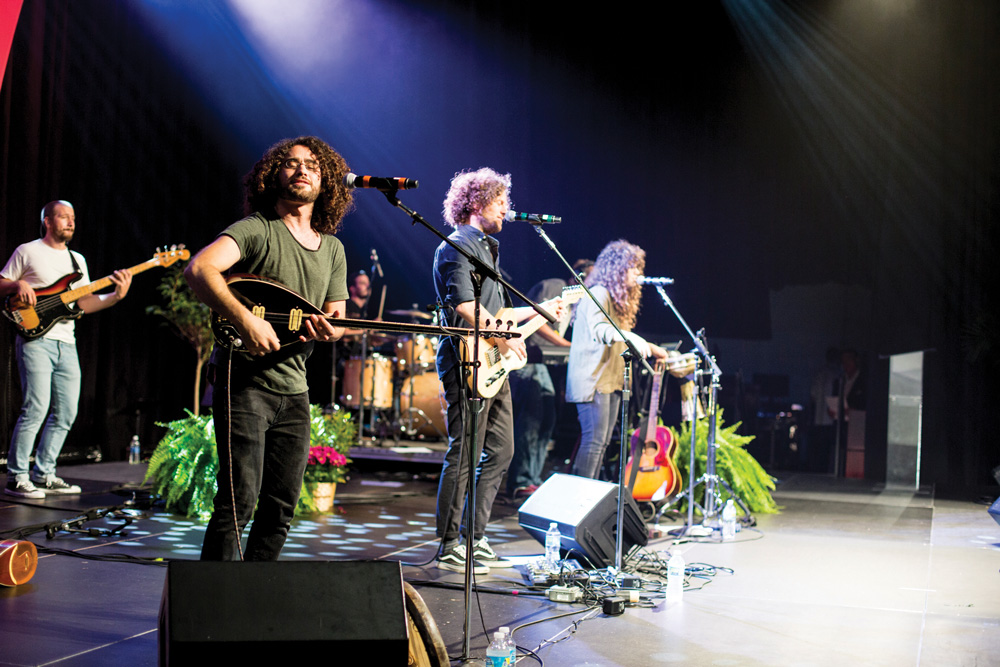 ✡ “Meeting a large number of U.S. believers, all of who’ve received Yeshua, was a huge blessing for me.”

✡ “The most significant thing for me was the calling of God, for me personally and for us all in the Land.”

✡ “The free time during the conference enabled us to really connect with American believers and also with the members of our Israeli group.”

✡”I received a revelation of the importance of praying every day.” 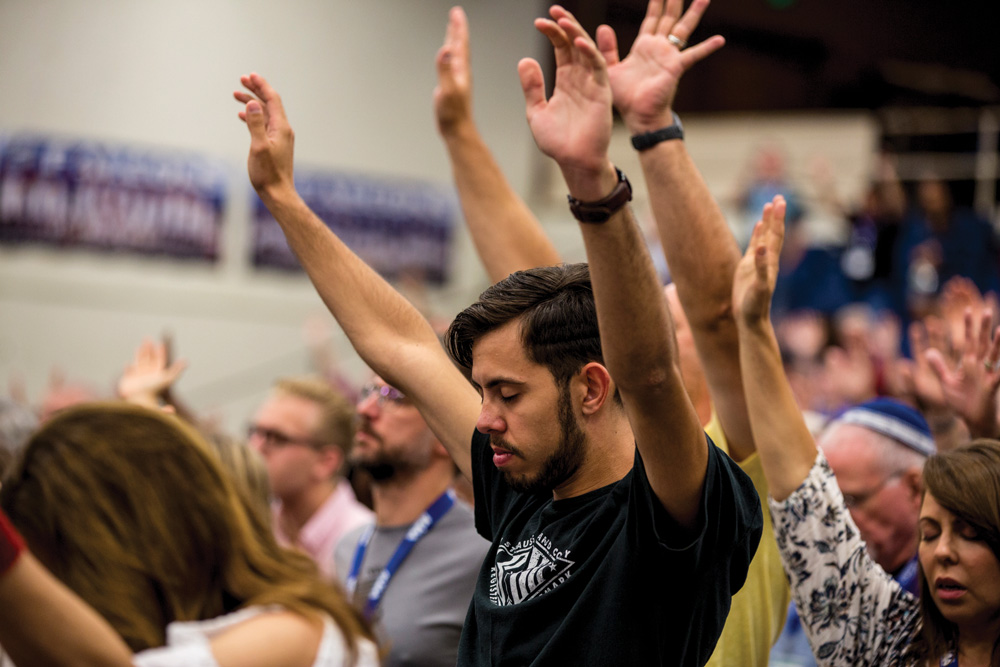 ✡ “I loved the fellowship with other Israelis. I was not aware that there are so many congregations in Israel.”

✡ “The teachings were varied and rich; it gave me the desire to meditate on the Word more after returning to Israel.”

✡ “I was strengthened in my faith, motivated to become more active in my congregation back home.”

✡ “The teachings surprised me with their depth.” 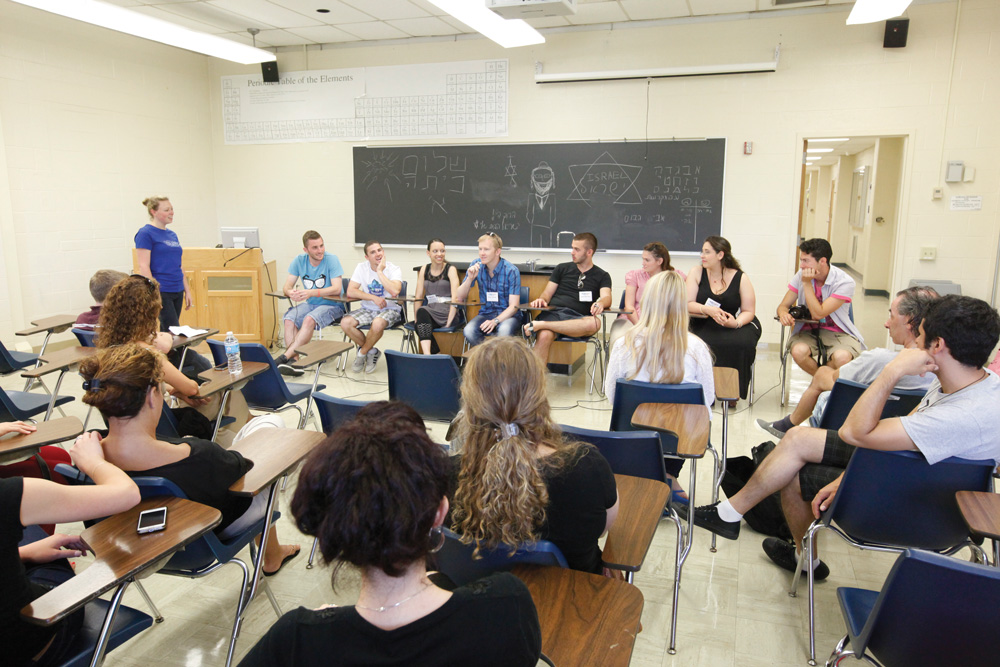 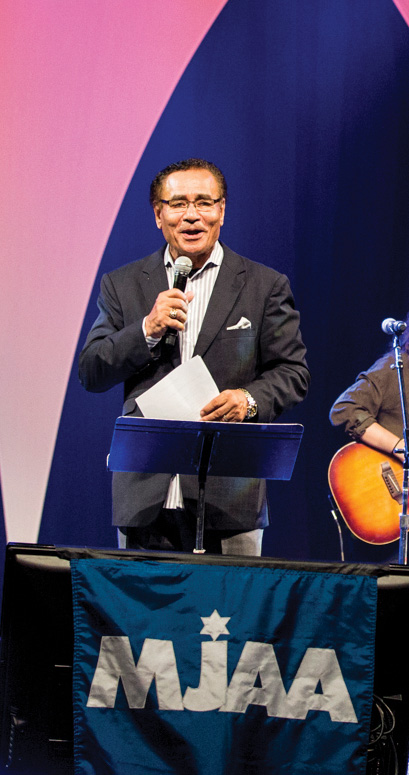 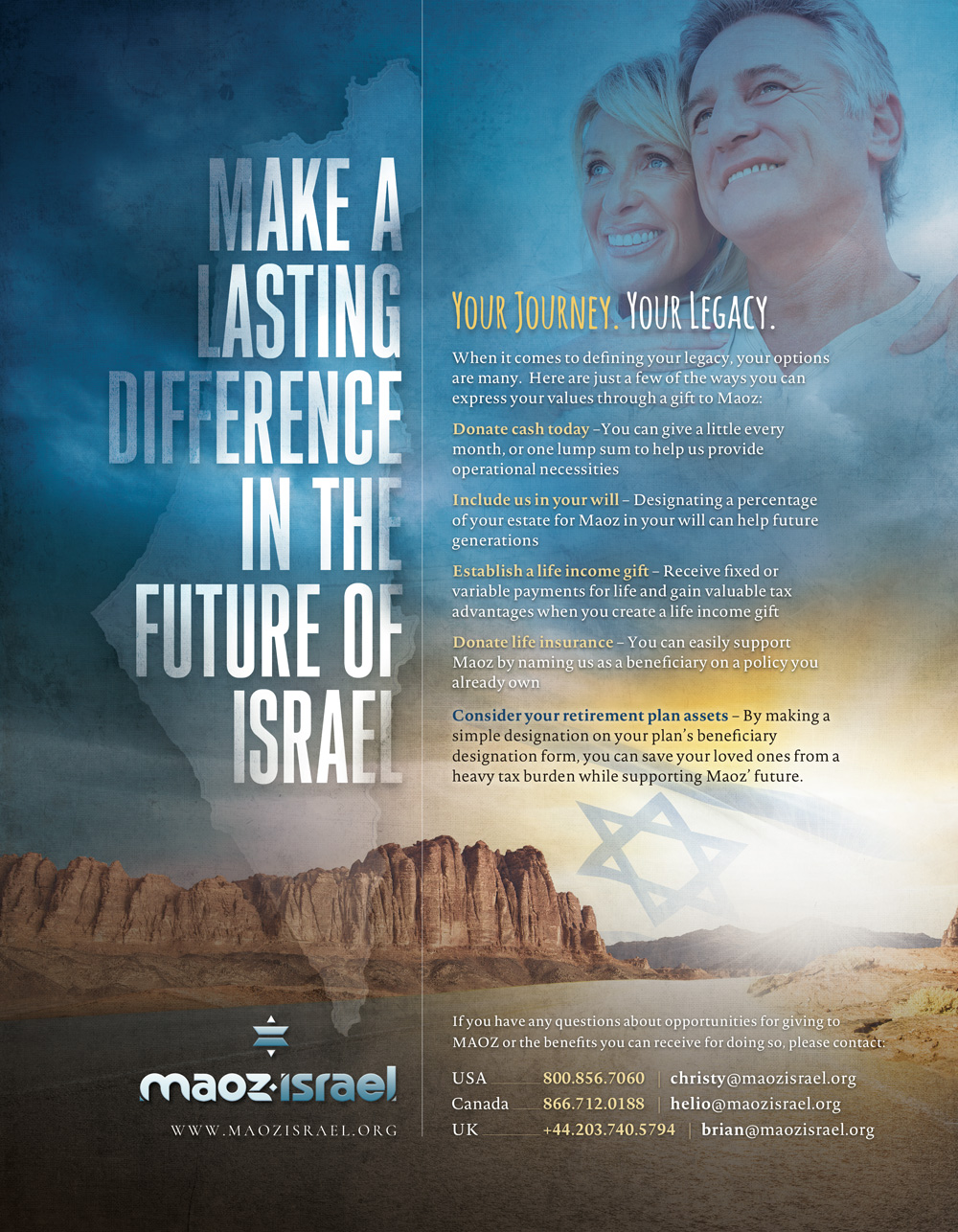