FORMER GANG MEMBERS, DRUG ADDICTS AND ABUSE VICTIMSLEAD US TO THE FEET OF YESHUA 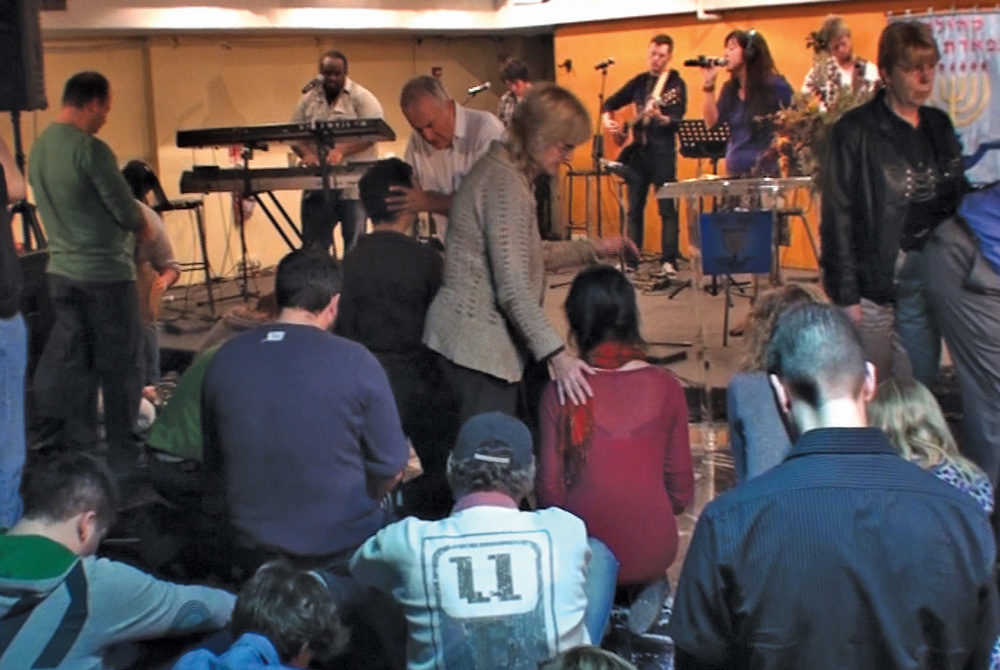 In a day when record contracts can take precedence over the actual recording, and when decisions are often made in boardrooms rather than in prayer rooms, along comes Eddie James.

What makes James so unique is not merely that he is a gifted worship leader, but his pastoral side.

James’ entire band is made up of former gang members, drug addicts and abuse victims.

He brought several of the 50-plus young people that live with him in Pensacola, Florida to Israel and we at Congregation Tiferet Yeshua, along with other Tel Aviv congregations were blessed to have them lead us in an evening of worship.

The presence of God was evident from the beginning and interspersed throughout the night were powerful testimonies of some of his team members who have passed through the valley of the shadow of death. 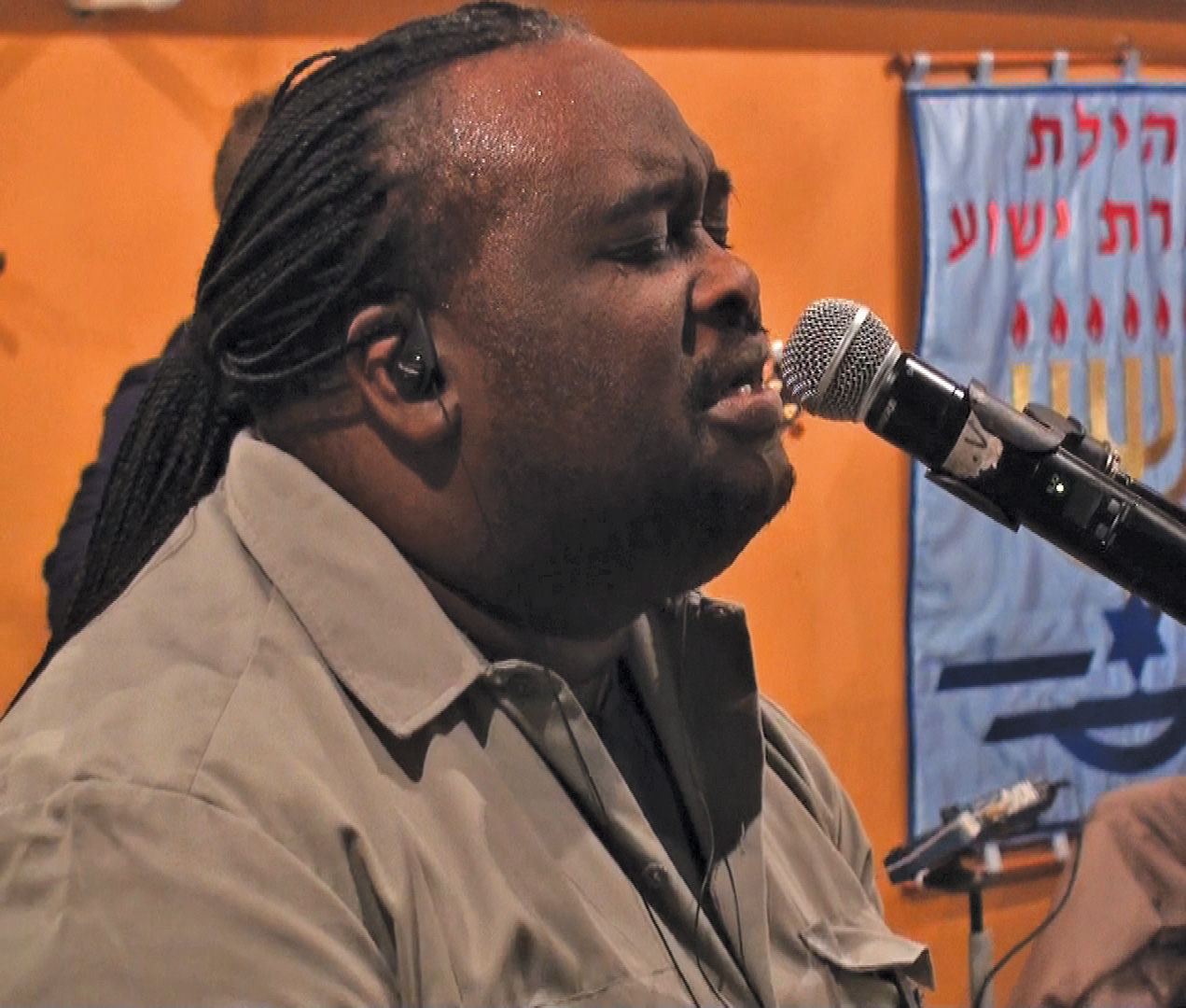 One young man spoke of leaving the gang life after all his friends were either dead or in jail, only to become addicted to morphine. After his family found him nearly dead from an overdose, Eddie took him in and now he is testifying to the glory of God.

What made the night even more special was that Eddie spent an hour before the worship concert teaching and sharing his heart with Tel Aviv area worship leaders and worship team members.

The body of believers in Israel is still young, and we love to soak up the experience and wisdom of those who are walking in a mature anointing, faith and character.

Now you can join with us in prayer that Tel Aviv would become known as a city of worship.

Pray that the anointing and passion that Eddie released here would rise up in our worship teams as we seek to lift His name on high and tear down the strongholds over our city. Revival in Tel Aviv!

A VISION OF THE JUDGMENT SEAT OF GOD

Eleven years ago we printed this vision which we believe to be genuine and from the heart of the Father.

This vision was shown to Hollie Moody on January 28, 2000. It brings to focus the scene we will all soon experience—everyone of every religion, race and nationality.

We recently received a letter from a reader who suggested we reprint the article.

We agree. This sense of eternity and destiny is what drives people like Zev Porat to count all as loss in exchange for eternal life with the God of Israel and His Son Yeshua the Messiah. (editor)

I saw the Lord sitting on a large white throne.

A long, long line of people were gathered before Him.

I was standing to the side observing all of this. I was bewildered by the fact that all of these people had no faces. Where their faces should have been, there was just a blank.

Each time a person came before the Lord, He would open up a book and read out of it all the things this person had done.

EACH PERSON BEGAN TO SCREAM

Everything was recorded and the Lord read the whole book from beginning to end.

Every person in this particular line was being judged and condemned to hell.

Each time the Lord would tell a person they were condemned, the person would begin to scream and cry and beg the Lord for just one more chance.

The Lord had tears rolling down His own cheeks, but would shake His head, telling each person they had had plenty of opportunities to repent and live for Him.

This went on for quite some time.

Finally the Lord looked over at me and asked me, “Why aren’t you doing anything?”

I was confused. “What would You have me to do, Lord?” I asked.

So I began to pray, but not really with any fervency. After a short time of this, the Lord turned to me with concern and said, “Look at these people. Really look at them.”

As I did so, their faces came into focus. They became people I knew vaguely. They were acquaintances.

I began to pray a bit more fervently for them. After a time, the Lord turned to me again with stronger sternness and said, “Look at these people once again.”

“You must pray harder,” the Lord admonished me.

I began to pray a bit harder. But still, the long line of people would come before the Lord; He would read them their life’s story from their own personal book, and then they were condemned.

Once again the Lord turned to me, this time in anger. He was still weeping over the souls who were being condemned.

“Do you really understand and comprehend what is happening here?” the Lord asked me. “Look!”

Then a hole opened up behind the long line of people. I glanced towards the hole.

There was an awful darkness coming from it. I heard screams and shouts and wails and moans coming from the hole.

“Go and look,” the Lord commanded me.

I didn’t want to. I was afraid, but it was if a hand were at my back forcing me to the edge of this black hole. When I reached the edge, I glanced down in it.

Then I drew back in terror and horror. I could see down the black hole. It appeared to be a long, descending tunnel.

I could see a seething, rolling mass of people at the bottom of this hole. They were so crowded together they appeared to have no space between them at all.

There were flames and a red-orange glow coming from the bottom of this black hole. I smelled sulphur. I saw fire and flames. I felt the intense heat of the fire.

I saw maggots crawling all over the bodies of the people at the bottom of the black hole. The people were on fire, yet were not being consumed by the fire. But they were screaming out in agony and pain from the fire. They were looking up towards the opening of the black hole.

Their hands and arms were raised upward. They were shifting and moving restlessly like huge waves. And they were screaming. Screaming for deliverance, for mercy.

I drew back from the edge of the black hole in terror and horror and despair.

THEY WERE ALL GOING TO BE CONDEMNED

I turned back towards the Lord sitting on His throne. He was still reading from the books.

Now I saw a large endless stack of books piled next to this throne. And I knew that every one of the people of whom those books were written was going to be condemned.

I looked at the long, endless line of people gathered before the Lord waiting to be judged. Now I saw every face clearly. They were my friends, my family, my relatives. And they were being condemned.

I WAS BESIDE MYSELF!

And I saw them being cast into the black hole, and I heard them as they screamed as they fell down the long tunnel.

The Lord turned to me with tears streaming down His cheeks and said, “Now, pray!”

I began to weep and scream out to God to have mercy on these people. As each person was condemned, I ran to the edge of the black hole and tried to pull them back out. I would grab their hands and arms, and try to hold onto them.

But they would slip from my grasp. I was beside myself, trying desperately to keep these people I loved from going down the black hole.

I reached out and grasped onto the Lord, then reached down with my other arm into the black hole to try and grab people out of the black hole.

“If I let go of You, I’ll go into the hole myself,” I protested.

I let go. It was as if unseen hands were holding onto me. I laid down next to the edge of the black hole, reached down inside of it, trying to grasp onto the people who were falling down into the black hole.

I felt like I, myself, was being burned from the fire and the flames. At times I felt as if “claws” reached
out from the black hole and struck at me. I felt burns on my arms and saw scratches appear on my arms.

I was weeping and calling out to God for the deliverance of these, my loved ones. I was begging God to have mercy on my loved ones and to not condemn them to the black hole.

“It’s easier to pray for the lost when they are your own loved ones,” the Lord said to me. “Remember, all the lost are My loved ones.

I want My children to begin to pray for these, My lost children, as you are praying for them now. I would raise up a generation of intercessors to stand in the gap for My lost children.

These intercessors will feel the heat of the battle, and be burned by it. The forces of hell will come against them and attack them.

Yet I will be with them and will hold onto them…

…Now will you pray?” 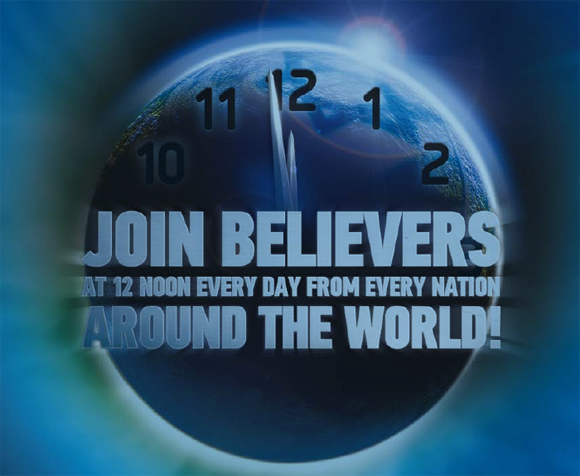 Maoz Israel invites you to lift this prayer up from EVERY time zone and EVERY nation in EVERY language, EVERY DAY

Think beyond the bounds of a normal cash gift and watch your generosity go even further.

People who give are givers. They simply love to give. And they regularly give to their church and other well-deserving ministries, like Maoz.

Instead of donating cash, you may find it beneficial to give your next gift in the form of stock or mutual funds.

By donating stock you can legally avoid paying taxes on the appreciation, and still claim a charitable deduction for the full market value of the stock.

It’s a win-win situation—as well as a great example of smart stewardship.

Individuals 70-1/2 and older are able to make tax-free distributions of up to $100,000 from their traditional or Roth IRA.

This is very useful if you are already comfortable with your current income and do not want to be taxed on your required IRA distribution.

To avoid these taxes, you can ask your IRA administrator (Fidelity, Ameritrade, Scottrade, Merrill Lynch, or others) to make a distribution directly to Maoz Ministries.

This will save you a considerable amount on your taxes, and be a great blessing to us.

It is possible to support Maoz Israel Ministries financially and also receive a fixed income you can count on—all through a Charitable Gift Annuity.

In exchange for a gift of at least $5,000, Maoz Ministries will promise to send you regular payments for the rest of your life.

There are several options available to suit your particular circumstances, and a Gift Annuity is simple to set up.

Think about the smart possibilities

Our Stewardship Department is ready and willing to help you maximize your giving by showing you sound, smart strategies when it comes to your giving.

Our team will be able to assist you and help you see firsthand just how far your charitable dollars can go.

Invest in the future salvation of Israel and become a member of the Maoz Israel Wall of Honor.